by The Osiris Club 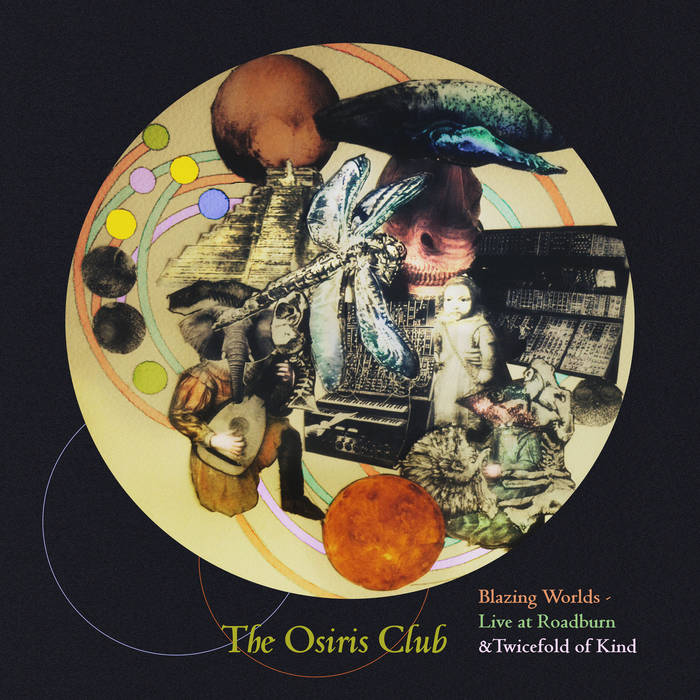 'Blazing World Live at Roadburn and Twicefold of Kind' is a celebration of ten years of The Osiris Club. These recordings feature the 2013-2015 extended line-up of the band: Andrew Prestidge, Sean Cooper, Chris Fullard, Raf Reutt, Darren Bunting, Matt Thompson, Simon Oakes and Hanna Pettersson, who between them have played in such bands as Angel Witch, Suns of the Tundra, Zoltan, Warning and 40 Watt Sun. The album also includes recordings of the current line-up, minus a few of the above but including Roland Scriver (also of Serpent Venom and End of Level Boss).

In 2015 we were given the opportunity to play that year's edition of Roadburn festival. Not just a doom metal festival, Roadburn also programs a good number of prog and cinematic-flavoured acts, among other genre-adjacent picks. This was a period when we were beginning to mix art rock theatricality with our psychedelic post-punk and progressive influences, so it seemed a perfect fit. Our own set followed on from Anathema, and earlier in the day we had watched Goblin perform a live soundtrack to George A. Romero's 'Dawn of the Dead'. For us, the chance to follow these acts on the main stage, with the high production values the festival offers – background projections, top-level amps and drums and, most importantly, a master gong, just because we could – was a career highlight.

This was also our era of proto-social distancing, with plague doctor masks and protective cloaks as our stage wear. Fast forward to 2020, and the bizarre times we have had to adapt to, and it seems the perfect time to delve into the archives and dust off the multi-tracks of our set to give them a new sheen.

The bonus track – a cover of 'Meat' by Random Hold was originally written in 1979. This track has been on our to-do list for some time, and finally getting it down fulfils a long-held ambition for the band. Our recording dates from the sessions for our forthcoming third album, 'The Green Chapel', laid down by Misha Hering at Holy Mountain Studios in London.

Originally conceived as an instrumental project fusing horror movie soundtracks with avant-metal, the band has now morphed into a forbidding unit of musicians. Taking the best parts of 1970s progressive, 1980s post-punk and 1990s extreme rock, they have created a genuinely new sound, radical and uncompromising yet still melodic and accessible. ... more

Bandcamp Daily  your guide to the world of Bandcamp

outré black metal, with a Victory Over the Sun interview and music from Liturgy and Jute Gyte.